For those who have been under the COVID-19 cloud, I was let go from Third Door Media in April due to, well, a COVID-induced restructuring. It’s always tough to unexpectedly lose a job; I have been through this once before during the recession in 2008. But this time the word “challenging” does not suffice.

A job search can feel like zero value for a ton of work.

Actually, let me step back. That’s not entirely true. I have connected and reconnected with dozens of colleagues over the last four months, and have gotten to know some fantastic new friends. I have become more involved and I have networked in the past few months like I never have before. Searching for a job is grueling, thankless work. For years I have been fortunate to have had my work come to me naturally, and frankly dismissed the tedium and hard work that is involved in a job search, especially in such a competitive market. It’s easy to be complacent and think you can find a position right away.

Back to marketing consulting.

During my job search, I have had so many wonderful colleagues offer support, and ask me, “Why not do your own thing?” Well, after four months of looking for an in-house gig, I decided to embrace consulting again. I have not stopped looking, but now I’m ready to work more than ever. After so many hours of outreach and preparing for interviews, I realized I can share a lot more if I opened up and offered my marketing experience and knowledge to help organizations, rather than hold out for that perfect opportunity.

I’d like to take a moment to thank these fantastic humans. 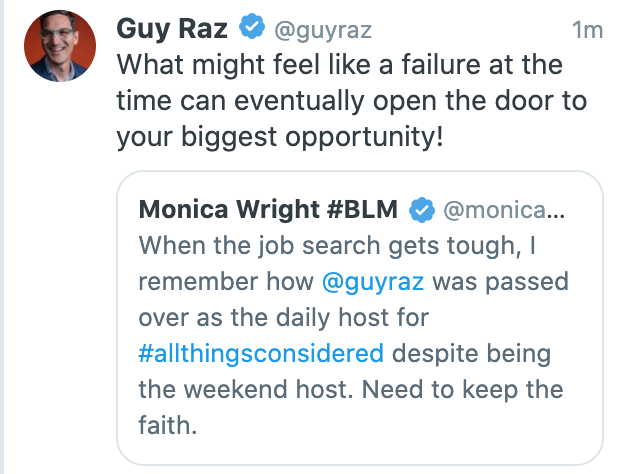 Last week I read that Chris Brogan closed his LinkedIn account because it was no longer working for him. Not just “not working” in that it doesn’t drive business or suit his needs, it actually wasn’t working.

I like LinkedIn, I really do. I like that you can export contacts and in fact reinstate your account if you do decide to cancel it (which in itself is a lesson to those who think that their data is solely theirs.) I like how you can keep tabs with colleagues, and it provides an easier entry point to connect online with people you don’t know as well. I like how users exchange ideas, how business use it to recruit, network and share ideas. I like it how it can drive traffic to sites. Lots of advantages.

But it is broken. Chris mentioned his frustrations. Here are mine:

1) At one point the LinkedIn Share button on searchengineland.com had been hacked. Luckily this was resolved, but it’s unsettling that something like this could happen. SEL attracts significant traffic, and it impacted overall user experience that’s expected ON THE SITE – not on the social platform.

2) On the Search Engine Land and Marketing Land Groups, the Manager’s Choice options are both broken. The Search Engine Land group button has been broken for 10 months, and the Marketing Land group button is now broken. We submitted previous help requests for this as well, without a clear answer besides it’s a “known bug.” The news we have had posted in Manager’s Choice is extremely outdated and it gives the impression that we are not actively managing the site. My own profile is associated with the last post we made to Manager’s Choice – having an outdated post also makes me look bad. Did I mention it has been broken for ten months?

3) The newest issue was the email notifications generated when the moderators comment on a discussion, or approve a discussion in our groups. When we commented on a discussion, there is a check box that offers email updates of that discussion. Although the check box is marked, we did not receive updates. This has been fixed as well, but without follow up. I had to do the work and keep checking and testing.

I mentioned that it is getting increasingly difficult to get a clear answer of when these issues will be resolved. I begged at times, and contacted whomever would listen. Unfortunately these problems seem to compound as the group gets larger, just when we need to manage the groups more frequently. I wish these tools were more reliable.

A month ago now I was at SMX West in San Jose, meeting up with good friends and colleagues, and meeting many for the first time as well. I had the pleasure to be introduced to someone well-known in the search space. We had a few great discussions over the course of 3 days, and at one point he turned to me and said, “I am sorry, but up until today I have never heard of you.” My response was merely, “So what?”
I don’t have any aspirations for recognition from strangers, I just want to do good work. But the exchange stuck with me, and started to think, do I fall into the same trap as to quickly assume because I haven’t heard of someone that the conversation is less meaningful or interesting? And where do the new connections generally originate if not in person? On Twitter, of course.

So this past week I just turned back on my Twitter follower notifications –  the past two years or so I was getting so much spam that I had to turn it off to maintain some level of sanity (especially those that pull the follow > unfollow > follow again trick to get your attention). And I still don’t know how people can engage with 10,000 people, or even 2,000 for that matter. But I wanted to see who the real people are in real time as they followed.  Plus it’s easier to detect the spammy profiles compared to back in the day when you actually had to visit a Twitter page, so the inbox hasn’t suffered too badly.

Interestingly, I noticed that I still didn’t follow back. And not because I didn’t want to “JOIN THE CONVERSATION”. I am on Twitter because I care about the people I follow and what they say, and it’s easier to do that if I manage that list. In fact I could probably do a better job reining it in. So does that make me a Twitter snob? No, the way I look at it is this – the people we seem to respect are following the least amount of people. It’s not an exclusivity metric or a popularity contest, it is because they have curated and honed in their following list to a realistic and useful level, and when they do converse, it’s not broadcasted noise.

Anyway, back to the “I am sorry but I have never heard of you” exchange… what is most interesting to me is the assumption that this was a bad thing. My participation in the marketing community – online and offline – has been a genuine effort to contribute and build respected relationships and trust, not about fame. So I keep my circles pretty tight. I could use Twitter (or anything else for that matter) as a platform to elevate my status, but what’s the point? I can’t equate accomplishing my goals that way, it’s not how I work. Let me clarify that using social media to meet people  – especially before and after events –  is a very powerful thing. But I don’t need it as a narcissistic stroke of the ego. And frankly, there are more than enough egos in this pond to contend with, another would just be jumping the shark.