Two days ago my friend Purna messaged me, “The Hindu gods are several.”

I am Catholic, but that doesn’t matter. My friends of all faiths have been praying, lighting candles, putting my name on temple rolls, sending reassuring words of encouragement for weeks.

After my surgery on Dec. 11, I learned that the cancer was indeed in the lymph nodes – in fact in all four of the lymph nodes biopsied. Despite two mammograms, three ultrasounds and an MRI, the tumor was three times larger than projected. The pre-cancerous area was twice as large as projected. When I was first diagnosed I was afraid of pain, treatments and the long road to recovery. Then in an instant I became afraid for my life. It’s now Stage III, not Stage I. It’s now Grade 3, not Grade 2. I have some very naughty cells trying to take over. So naughty that the surgeon couldn’t get clean margins after surgery. What if it has spread to the rest of my body? And what if they come back, two, five, ten years from now?  The risk has felt very real – a wonderful woman whose son plays in the same football league as my son just passed away this fall after a recurrence. I was in despair.

My family and friends knew this, and the good vibes continued to come. The calls, the stories about long lives, the food, the surprise gifts, and the jokes all still came. My aunt and one of my oldest friends both joined Facebook – after years and years of protest – only to check in on me. I had friends ready to hop on planes. I even received cards and letters from friends of friends – people I have never even met – offering words of hope, to remind me to fight, that the not knowing is the darkest place. And what also came were the flood of prayers. 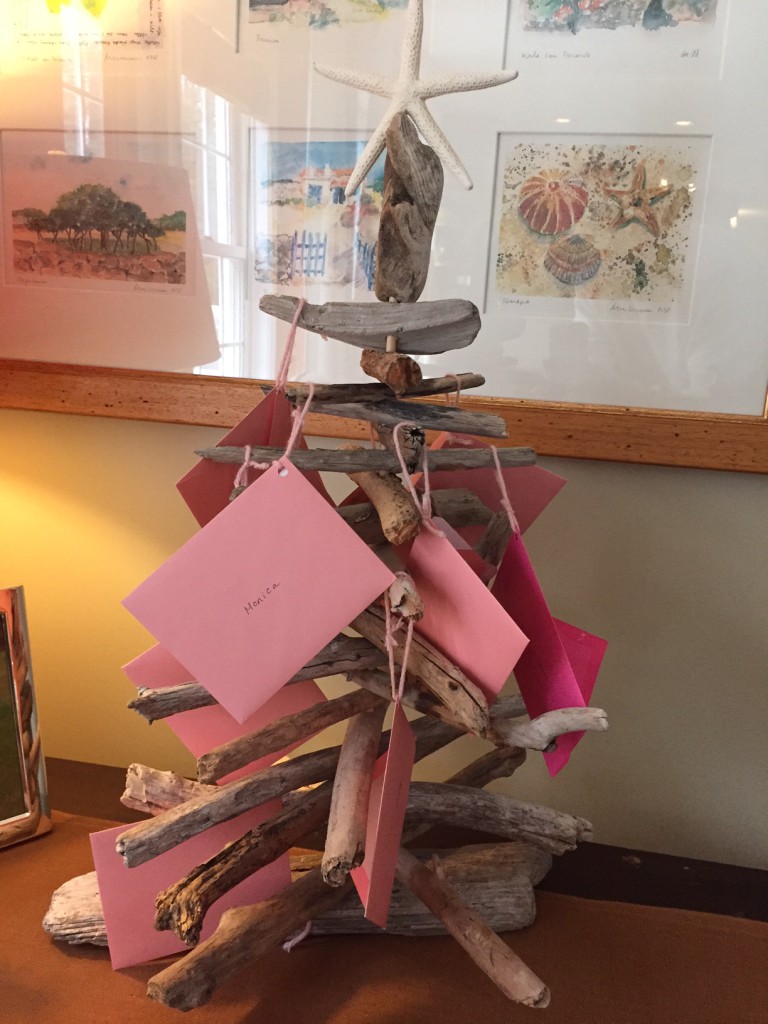 It was barely ten minutes after Purna shared her sentiments about the Hindu gods that I got the call from the hospital. “I have good news!” the nurse shared. “The bone scans and CT scans are clean!”

Now I have many friends who are atheists who I know will claim this is all science. Yes it is indeed science, I will never contest that. And maybe it was just a coincidence that I got that call at that time. But the physical and emotional relief I felt at that one moment, and the outpouring of the human spirit and love (and faith) I have received over these last few weeks, have been nothing short of miraculous. Thank you, everyone – to humans, to gods, to Jesus and spirits everywhere. Thank you.

Merry Christmas from me, my family, and Little Joe.

P.S.: While looking at my bone scan during my follow-up appointment the surgeon asked if I ever broke my ribs. I have no recollection of ever breaking my ribs, I’ve been injured a few times, but nothing broken, from what I can recall. She said, “Mmm, yeah, you’ve broken your ribs.” Now I don’t know which sparring partner over the past nine years I need to thank for that, but if anything it made me feel a lot stronger about the year to come.